A few days ago LuminousVegans posted some Vietnamese pho that got me thinking I should try to make my own. I started by slicing up some ginger, turmeric, garlic and the end of a stick of cinnamon. 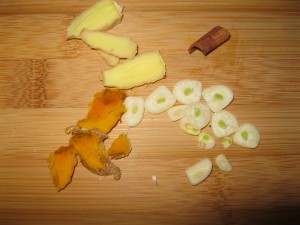 I put that in about a quart of water with some veggie beef bouillon (this particular brand is AMAZING and very “beefy”!), a dash of hoisin sauce, a dash of tamari and the ends of this lemon. I also sliced half an onion into rings and added that too.

I simmered them while I took a shower. Then I picked out the cinnamon stick and lemon peel (the ginger and turmeric should have gone too, but no matter) and then I poured it over some tofu noodles that I parboiled. These noodles are gluten-free, low calorie, and vegan. Nom? I think so. 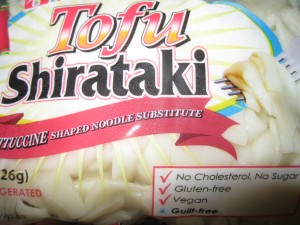 I garnished it with some cilantro, lemon grass and chili paste after squeezing 1/4 of a lemon over it. 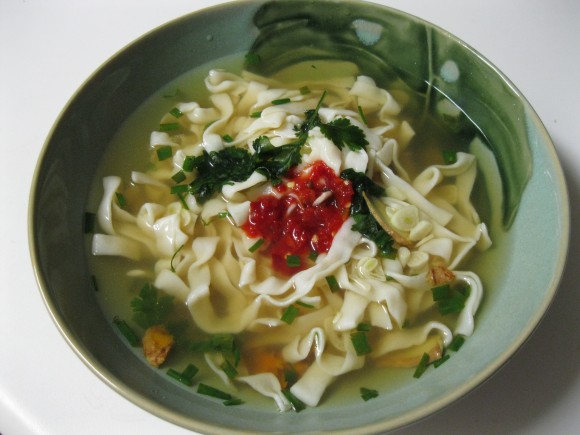 Next time I’ll probably add some fried tofu or soy curls. Overall it wasn’t a bad effort, especially for something quick and dirty like I made. It had the stereotypically aromatic broth, noodles, lemony goodness and spicy chili. It reminded me of some pho I had in New York City over New Year’s Eve break. Let me know if you try it and come up with some improvements.

5 thoughts on “Experimental pho is quick and dirty photastic!”