I love discovering vegan snacks! They are usually products that I would have never taken a second look at before going vegan. I found this particular product while I was in Toronto: 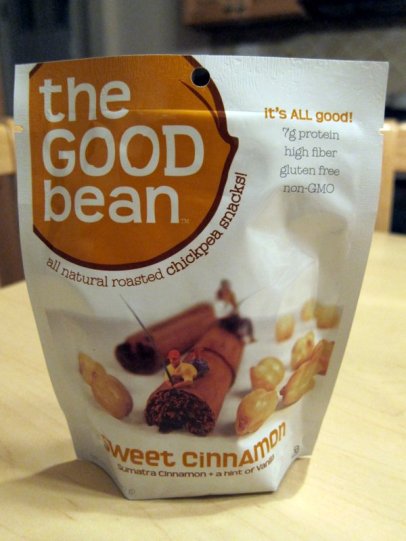 The Good Bean is based in Berkeley, CA, so it’s funny that I discovered them in another country. (There is only one store near me that sells their products and it’s a store that I have never been to.) The packaging tells you everything you need to know about their snacks: lots of protein, high in fiber, gluten free, and non-GMO.

I tried the sweet cinnamon flavor. It has a very subtle cinnamon flavor that is well balanced with vanilla as well as a nice hint of salt. The beans themselves are as hearty as you would think, which means that you’re not likely to eat the whole bag in one sitting. Yum!

Check these out if you get a chance. They’re simply a fun and healthy snack! –Melissa

3 thoughts on “The Good Bean!”