It’s both a blessing and a curse that I cook vegan meals for myself and pretty much no one else. It’s good because I can try using new products in a handful of ways — which is what I have been able to do with Tofurky Chorizo — but bad because I don’t enjoy cooking for one and it can be rough going through an entire package of food by myself.

My latest experiment with Tofurky chorizo was potato & chorizo tacos. Now, this came out of wanting some vegan corned beef hash, but since the chorizo is already spiced as chorizo and I had tortillas, I went with the tacos instead. 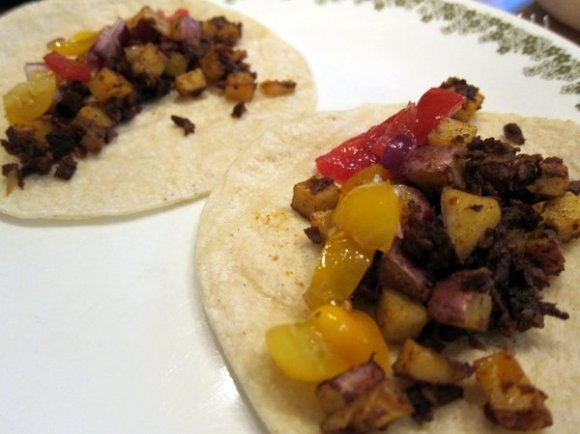 This is a really simple recipe. First, I washed and cubed a potato. Then I browned some minced garlic and onion in olive oil, added the potato and about a half a cup of water, and let it cook in a pan until all the water had dried up. 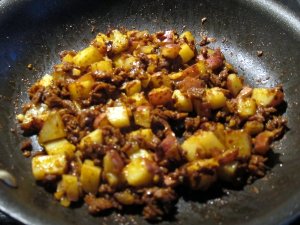 Then, I added some Tofurky chorizo, onion powder, garlic powder, chipotle chili powder, and salt. I sauteed the mixture for about 5 minutes. 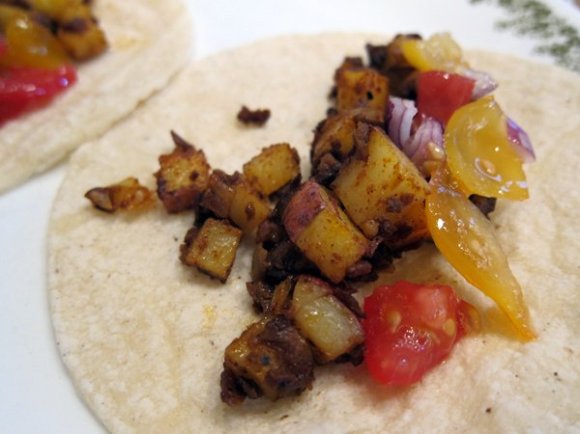 This was a great savory dish that would go just as well with rice or even by itself. I definitely enjoyed it more than the chorizo alone! –Melissa