After posting about lobster mushrooms I did get a hankering for shrimp. So these exist…

I know, right? They look vaguely like the real thing and I’m here to tell you about it.I was excited that they’re gluten-free and soy-free. The ingredients are pretty good, mostly starch and flavorings. They’re low calorie and non-GMO. I thought they were a little expensive at $8 per package, particularly considering the ingredients, but I also don’t know how to make pseudo-shrimp at home.

I decided to cook them like any self respecting lover of shrimp would; I heated up a pan with copious amounts of Earth Balance butter and garlic. 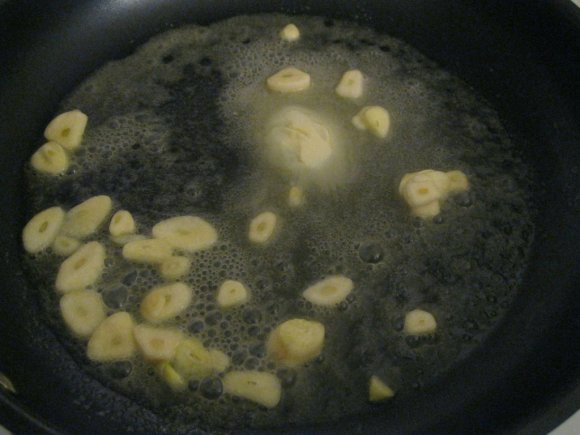 Sauteeing them I got a better idea of their texture. They’re slightly rubbery, like shrimp that you’re likely to find at most restaurants. I personally like the texture a lot. 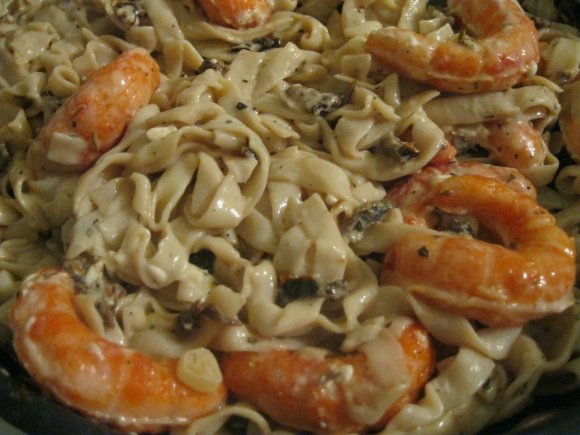 After adding some pasta, sun dried tomato and Teese mozzarella to the mix, things were starting to look delicious.

We topped it with some fresh basil. It was a welcome change so far as dinner goes. I think they’d be great in stir fry or in gumbo but I’m not sure about as a shrimp cocktail. I’d buy these again. Let me know what you think if you get to try them!

Did you say… lobster? 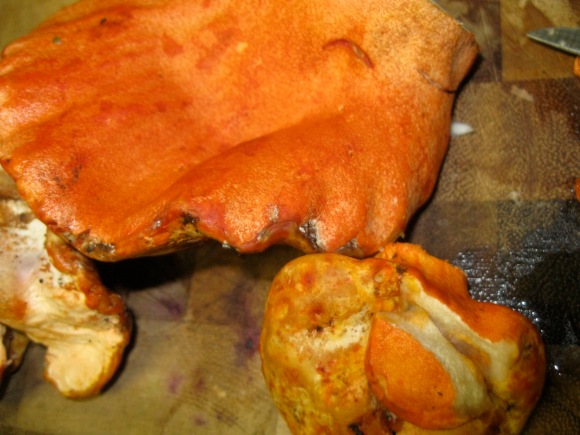 Lobster mushrooms are actually 2 kinds of fungus that live in parasitic relationship with one another. The fungus Hypomyces lactiflorum gives the characteristic red color to the outside of the white fleshed Lactarius piperatus. L. piperatus feeds the parasite which will eventually render the host unrecognizable.

Above is the sliced uncooked mushroom which does bear a striking resemblance to chopped cooked Maine lobster. I decided to do a more traditional preparation of these mushrooms by sauteeing in Earth Balance vegan butter and garlic.

This is more butter than I’ve used in years for anything so I was excited for something decadent. As with most foraged foods, these mushrooms should be cleaned carefully and inspected for insects and dirt. Also some people can have a mild adverse reaction to these mushrooms the first time they eat them so if you’re unaccustomed to these mushrooms, sample sparingly.

While cooking, these mushrooms have a delicate seafood smell and that with garlic and butter was very confusing for someone who hasn’t had lobster in a few years.  I served this up with steamed asparagus and some chipotle lime quinoa.

The flavor of this mushroom is light, fruity and with a mineral flavor that is not unlike real lobster. The texture is a little tougher than appropriately cooked seafood, not quite rubbery but more crumbly. This isn’t an ersatz meat but really a food with uniquely desirable qualities. I’m hoping that the next time I get my hands on a few of these I’ll be able to make a lobster mushroom bisque. I hope you get to try it!